"I'll Have What She's Having:" The Jewish Deli - Presented by the NY Historical Sociey 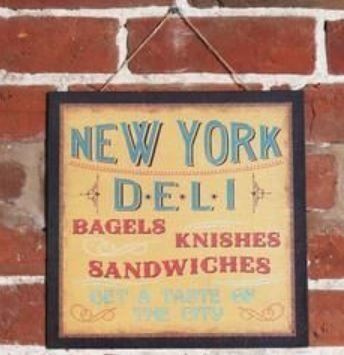 REGISTER HERE IF YOU ARE ATTENDING ONLINE - https://rssny.org/class-forms/ny-historical-society.html

Organized by the Skirball Cultural Center, “I’ll Have What She’s Having”: The Jewish Deli examines how Jewish immigrants, mostly from Central and Eastern Europe, imported and adapted traditions to create a uniquely American restaurant and reveals how Jewish delicatessens became a cornerstone of American food culture.

The exhibition explores the food of immigration, the heyday of the deli in the interwar period, delis and Broadway, stories of Holocaust survivors and war refugees who worked in delis, the shifting and shrinking landscapes of delis across the country, and delis in popular culture. On display are neon signs, menus, advertisements, deli workers’ uniforms, and video documentaries.