Alina Adams: My Mother’s Secret A Novel of the Jewish Autonomous Region (HYBRID) 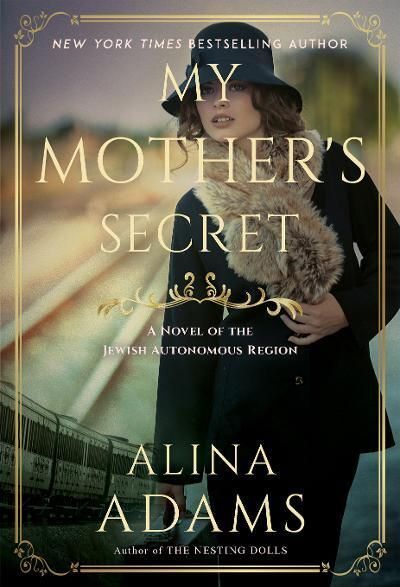 Note: Attendees in the Center do not need to register in advance. If you attend online, you must register to receive the zoom link.

See a preview of the book on YouTube - https://www.youtube.com/watch?time_continue=1&v=7MOTwMvw01c&feature=emb_logo

With his dying breath, Lena’s father asks his family a cryptic question: “You couldn’t tell, could you?” After his passing, Lena stumbles upon the answer that changes her life forever.

As her revolutionary neighbor mysteriously disappears during Josef Stalin's Great Terror purges, 18-year-old Regina suspects that she's the Kremlin’s next target. Under cover of the night, she flees from her parents' communal apartment in 1930s Moscow to the 20th century's first Jewish state, Birobidzhan, on the border between Russia and China. Once there, Regina has to grapple with her preconceived notions of socialism and Judaism while asking herself the eternal question: What do we owe each other? How can we best help one another? While she contends with these queries and struggles to help Birobidzhan establish itself, love and war are on the horizon.

New York Times Bestselling author of Nesting Dolls, Alina Adams draws on her own experiences as a Jewish refugee from Odessa, USSR as she provides readers a rare glimpse into the world's first Jewish Autonomous Region. My Mother's Secret is rooted in detailed research about a little-known chapter of Soviet and Jewish history while exploring universal themes of identity, love, loss, war, and parenthood. Readers can expect a whirlwind journey as Regina finds herself and her courage within one of the century's most tumultuous eras.