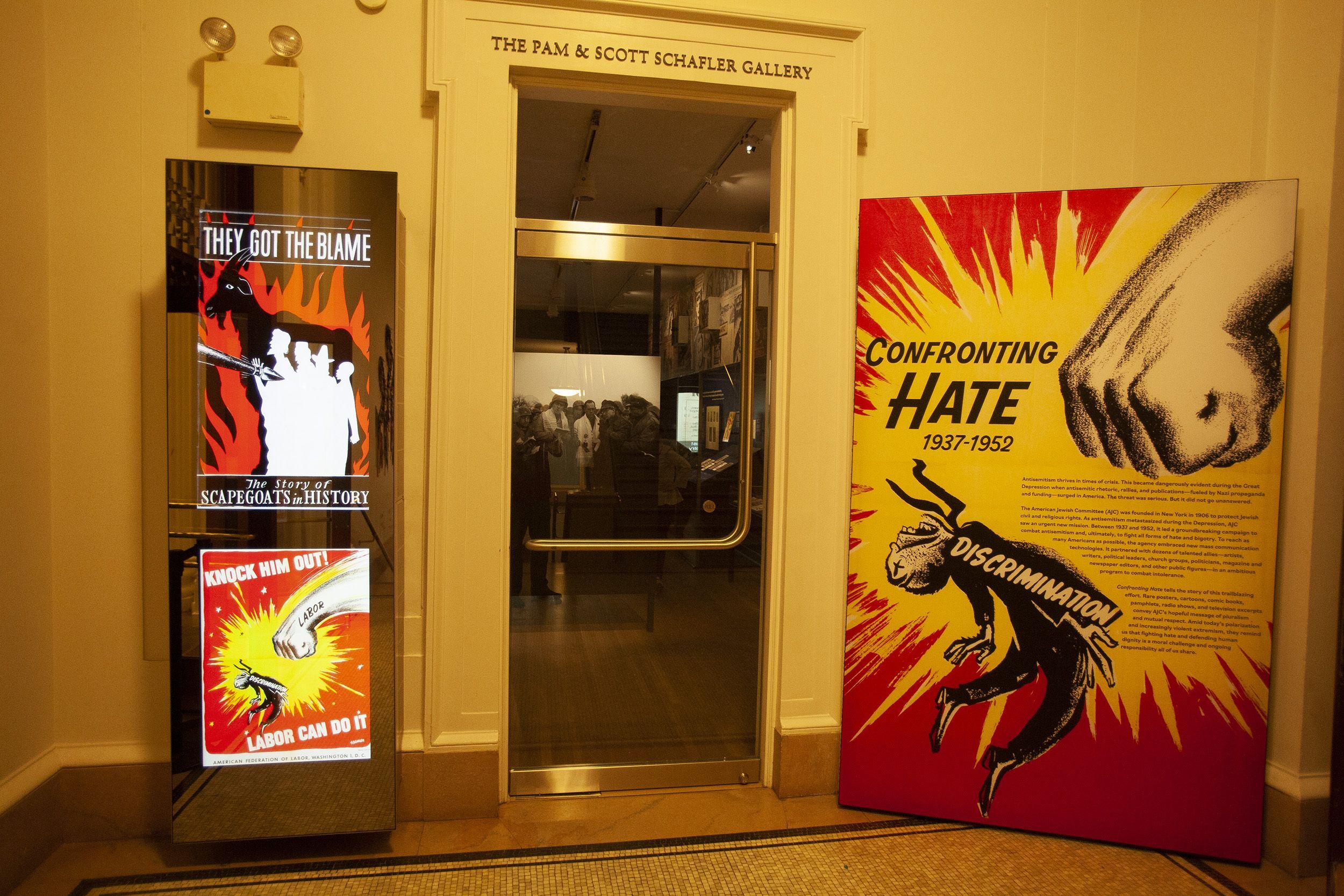 REGISTER HERE TO ATTEND ONLINE - https://rssny.org/class-forms/ny-historical-society.html
You do not have to register to attend in the Center

In 1937, the American Jewish Committee (AJC) launched an unprecedented media campaign to combat the increase in antisemitism gripping the United States. Under the leadership of advertising executive Richard Rothschild, a groundbreaking multimedia campaign was organized to combat “all forms of bigotry.” Renowned New York cartoonists Eric Godal, Carl Rose, and Bernard Seaman pooled their talents to create a series of posters, comic books, pamphlets, and newspaper cartoons that graphically confronted racism, nativism, and antisemitism and championed democratic values and understanding. With the addition of AJC Radio—a division that produced broadcasts in cooperation with NBC and WOR to update Americans on the Allies' progress during World War II—followed by AJC Television during the late 1940s and early 1950s, the full campaign took on all forms of American hatred. Organized in cooperation with the American Jewish Committee, Confronting Hate 1937 to 1952 examines the history of the groundbreaking campaign through vibrant posters, engaging comic books, newspaper advertisements, radio spots, and television cartoons. Curated by Debra Schmidt Bach, curator of decorative arts and special exhibitions