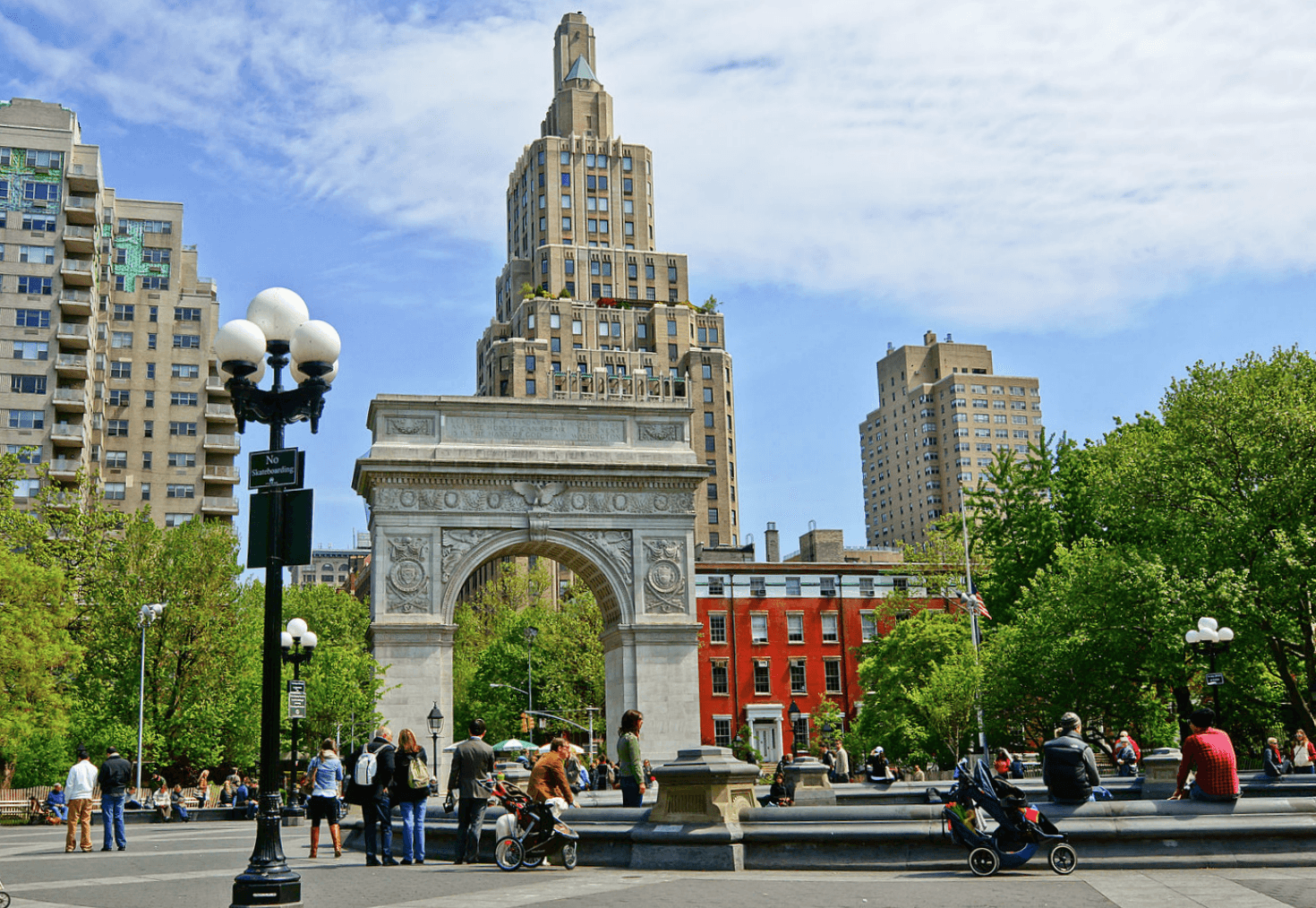 Washington Square Park
Originally used as military parade ground and patters field, this park is now one of the liveliest in the city, especially since it functions as the unofficial campus for NYU. Music and performances, chess game, playgrounds and dog runs all are important parts of community life. During the early 19th Century, the park was one of the city’s most elegant residential areas, home to Edith Wharton’s grandparent for example, as well as a community of bachelors at the famous Benedick…Later on the park was at the center of NY’s bohemian art scene. Stanford White’s Judson Memorial Church houses many beautiful windows by La Farge, but also played an important role by embracing young artist like Robert Rauschenberg and Claes Oldenburg during the 50s. If trees could talk…