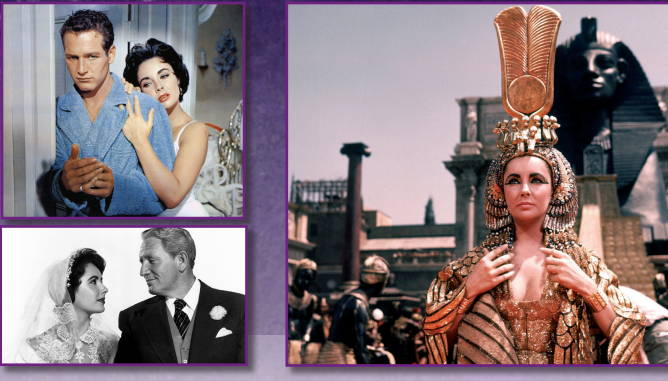 NOTE: We will no longer be presenting The Sound of Music Film Talk.

She was one of the most admired and talked about women in the
world, the ultimate movie star who lived her entire life in the public
eye. The magnificent Elizabeth Taylor captured audiences from the time
she appeared in great family films such as National Velvet, and grew up
in Father of the Bride, and embraced her full power with fantastic roles
in Giant, Who’s Afraid of Virginia Woolf?, A Place in the Sun, and more.
We’ll see the single greatest entrance in cinema history with Ms. Taylor’s
entrance into Rome in Cleopatra. Join us as we celebrate one of the most
famous movie stars of all time, the unforgettable Elizabeth Taylor.