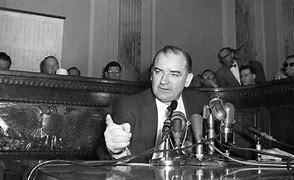 Had Joseph McCarthy’s story ended with his election to the United States Senate from Wisconsin in 1946, it would have been the embodiment of the American dream: a rise from lowly origins through hard work, self-confidence, and perseverance. But McCarthy’s time in the Senate revealed the darker side of the American dream, in which character assassination, political correctness, and the big lie threatened the most American value of all: freedom. We will see how Joe McCarthy’s rise and fall offers insights for his times and warnings for our own. A brief film on Joseph McCarthy will be shown at the beginning of the lecture.

This class will be led by Jerald Podair, Professor of History and Robert S. French Professor of American Studies atLawrence University. Mr. Podair is also the co-Editor of the The Routledge History of the 20th Century United States.